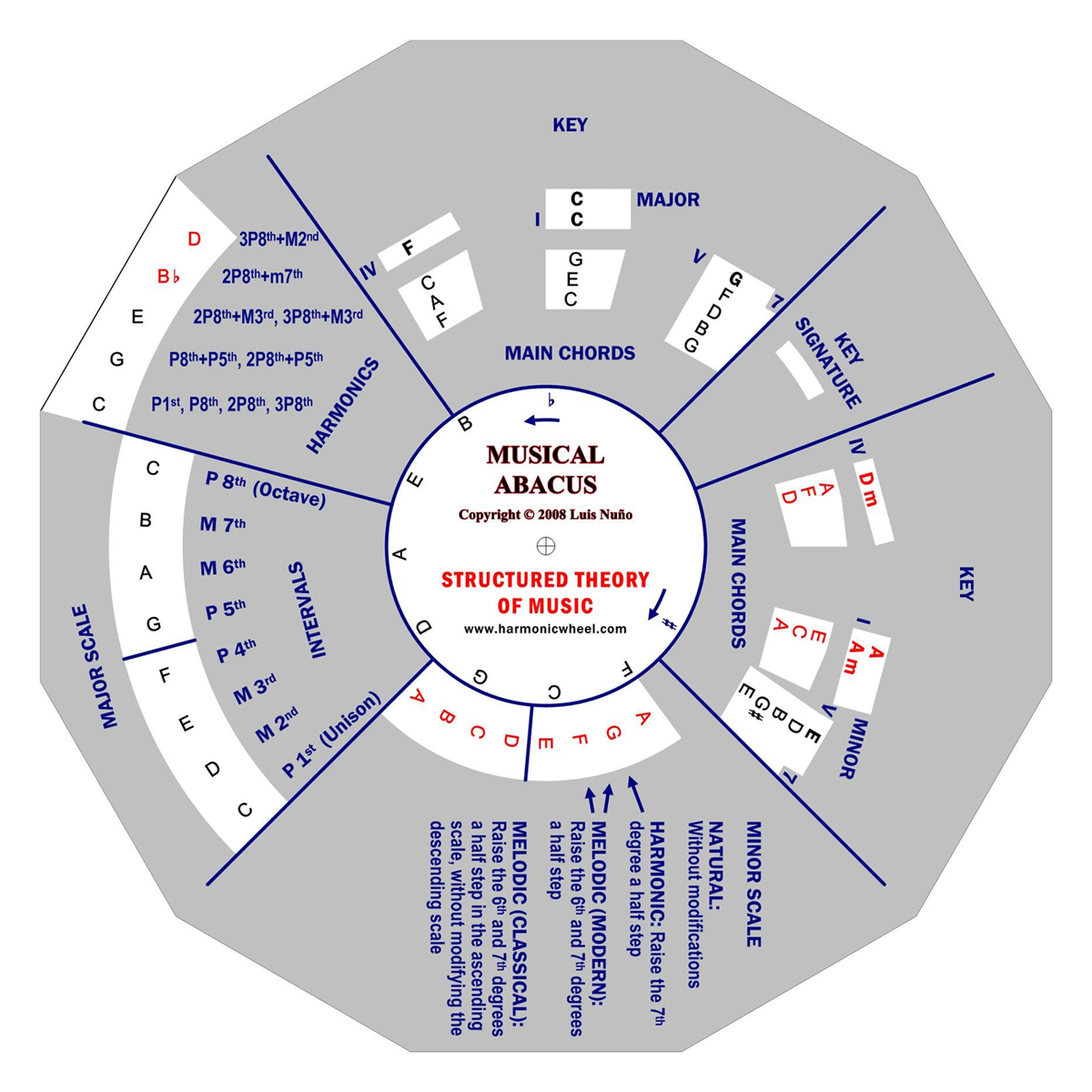 Want to have an easy way to get a good technical knowledge of scales, keys, major and minor chords, harmonics...? Use this musical abacus consisting of 2 rotating discs. By rotating the discs you obtain, in each of its 12 possible positions, a major key and its relative minor, the corresponding major scale and its relative minor, the intervals from the tonic of the major scale, the 3 main chords in both keys and their arpeggios, the harmonics produced by the tonic of the major key and the corresponding key signature for both keys.

All these concepts are basic in any musical style, such as: classical music, modern music, jazz, latin music, etc. The included extra sheet explains how the harmonics establish the consonant intervals and then the major and minor chords, from which the scales and keys are finally formed. 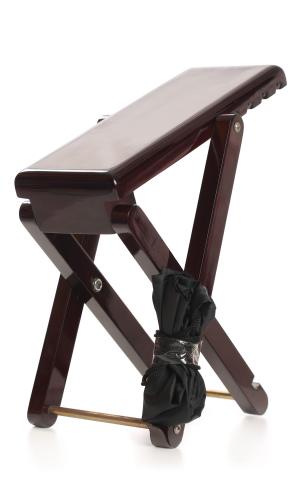